The Mystery of God and the Power of Redemptive Relationships: An Australian Contribution – Essays in Honour of Roy Bradley, edited by Stephen Ames and Eugen Koh (Morning Star Publishing, 2019)

A timely collection of essays honours pioneer of pastoral care 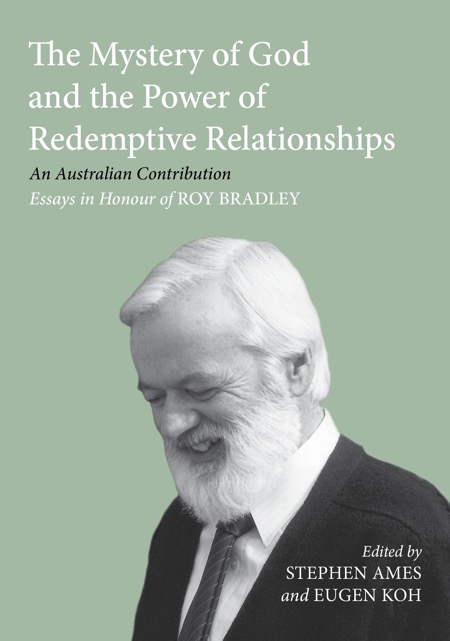 The importance of Roy Bradley in some 50 years of pastoral ministry in Australia is incalculable. As a parish priest, hospital chaplain, warden of the Avalon Community at Lara and a major figure in the introduction and development of Clinical Pastoral Education in

Australia – and through his gentle strength, genuine holiness, and affirming acceptance of others – Roy brought a deep vision of what is at the heart of ministry.

The genesis of this book was shortly after Roy’s 90th birthday, and he was involved in the choice of essayists. The first essay under the title of this book was written by Roy himself and completed before his sudden and deeply saddening death on 26 August, 2017.

The editors contextualise this when they write: “Pastoral care changed from having a largely religious focus, with emphasis on the sacraments, to care that begins with an individual’s search for meaning and the transcendental, and is based on broader notions of spirituality, and is increasingly informed by various currents of psychology.”

In addition to Roy Bradley’s essay, this book has contributions from eight others, including a psychiatrist, a parish priest, a lecturer in theology and the director of a Palliative Care Unit, with evidence of their research and pastoral encounters, exploring the central thesis of the Bradley approach to pastoral ministry.

This book, and CSCC, are initiatives to commemorate Roy and his work. Both honour Roy’s values and provide ways for individuals, and the Church at large, to be reimagined. Reimagined not as judgemental but compassionate; not focussed on institutionalism but focussed on people.

Please use the form below to enquire about availability: